Remember When Popes Use To Warn About The Evil Talmud And Jewish Crimes Against Christians?

interviews the leader of TradCatKnight who destroys Christian Zionist Lies!

Today Dr. Duke had Eric Gajewski as his guest for the hour. Mr. Gajewski runs the most popular Traditional Catholic website TradCatKnight.blogspot.com. He quoted a number of past Popes who warned of the role that Jews play in the world. 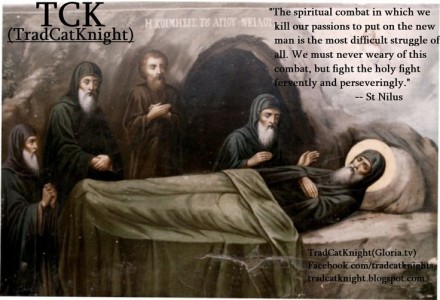 Dr. Duke also contributed a number of quotes from Popes condemning the Talmud and Jewish crimes against Christians and Christianity. They pointed out that Christian Zionists have been literally brainwashed into accepting the doctrine of Jewish chosen-ness. Dr. Duke questioned how a people that has been so involved in war and exploitation throughout history could possibly be viewed as God’s chosen people.

Here is a new interview with Dr. Duke that is going viral. Please give it a listen.

SATANIC VERSES OF THE JEWISH TALMUD
By Brother Nathanael Kapner

THE JEWISH TALMUD is “Holy Writ” for the Jews.

The Talmud supercedes the Old Testament in authority for the Jews. And the Talmud is the most racist, hate-mongering , blasphemous book the world has ever known.
The Satanic Kosher Seal Forced On Your Food

The Talmud was written in Hebrew between the 3rd & 6th Centuries as a codification of the so-called Oral Law that the Jewish rabbis claim was handed down from Moses.

But the Messiah Jesus censored the “Oral Law” when He said, “By the traditions of your elders you make void the Word of God.” (St Matthew 15).

The English translation of the Talmud has been watered down so as to conceal from the Gentiles the “satanic verses” contained in the original Hebrew.

The “Satanic Verses” of the Talmud can be classified into 3 categories:

1) Jewish Supremacy.
2) Hatred Towards The “Goys” (Gentiles).
3) Blasphemies Against Jesus Christ, The Virgin Mary, & All Christians.

SATANIC VERSES OF THE TALMUD’S
“JEWISH SUPREMACY”
* “If a ‘goy’ (Gentile) hits a Jew he must be killed.” (Sanhedrin 58b)

* “Girls born of the ‘goyim’ are in a state of ‘niddah’ (menstrual uncleanness!) from birth.” (Abodah Zarah 36b)

SATANIC VERSES OF THE TALMUD’S
HATRED TOWARDS THE GENTILES
* “The ‘goyim’ are not humans. They are beasts.” (Baba Mezia 114b)

* “When it comes to a Gentile in peace times, one may harm him indirectly, for instance, by removing a ladder after he had fallen into a crevice.” (Shulkan Arukh, Yoreh De ‘ah, 158, Hebrew Edition only)

SATANIC VERSES OF THE TALMUD’S
BLASPHEMIES AGAINST JESUS CHRIST, THE VIRGIN MARY,
& ALL CHRISTIANS
* “‘Yashu’ (derogatory for ‘Jesus’) is in Hell being boiled in hot excrement.” (Gittin 57a)

[’Yashu’ is an acronym for the Jewish curse, ‘May his (Jesus) name be wiped out forevermore.’]

* Yashu (Jesus) was sexually immoral and worshipped a brick.” (Sanhedrin 107b)

* “Yashu (Jesus) was cut off from the Jewish people for his wickedness and refused to repent.” (Sotah 47a)

* “Miriam the hairdresser had sex with many men.” (Shabbath 104b, Hebrew Edition only)

* “She who was the descendant of princes and governors (the virgin Mary) played the harlot with carpenters.” (Sanhedrin 106a)

* “Christians who reject the Talmud will go to hell and be punished there for all generations.” (Rosh Hashanah 17a)