THE JEWISH MONSTERS WHO RUN UKRAINE

THE JEWISH GENOCIDE OF UKRAINE. The Hidden Truth !!

The Secret Behind Jewish Communism

Dr. Duke started the show by talking about Judaism as a religion worshiping the Jewish people, with God only playing a minor role. He recounted an Old Testament debate between Moses and a supposedly omniscient God that was won by Moses! It is a reflection that in the religion of Jewish supremacists, God is a supporting actor while the Jewish tribe plays the leading role. 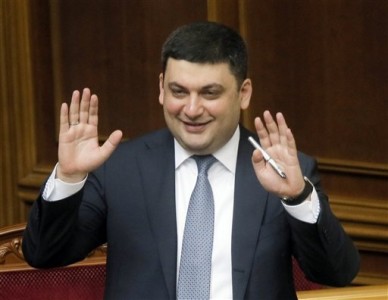 Then Dr. Slattery came on and spoke about yesterday’s appointment of Volodymyr Groysman, a 38-year-old Jew, as Ukraine’s new prime minister. The Jewish Telegraphic Agency described him as Ukraine’s first “openly Jewish” prime minister, an allusion to the fact that past prime ministers have not owned up to their Jewish ancestry. He went on to described how U.S. Assistant Secretary of State and Jewish supremacist Victoria Nuland engineered the overthrow of Ukraine’s elected president in 2014, and has been running the show ever since, very much to the detriment of the Ukrainian people.

This is a fascinating show that will help you understand how things have come so far yet can be turned around if we set our minds to it. Please share it widely.