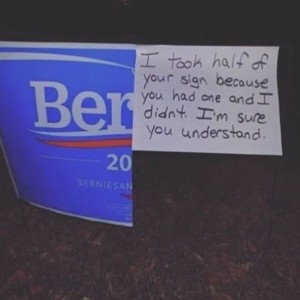 Dr. Duke Does the Ultimate Expose of Commie Bernie and the Jewish Media Tyranny in America!

Today’s show focused on Bernie Sanders. Dr. Duke pointed out the double standard of himself constantly being introduced as former KKK while there is never a mention of Sanders having volunteered at a Stalinist kibbutz in Israel in the 1960s or his running as a presidential elector for the openly communist Socialist Workers Party in 1980.

Dr. Duke claimed that in Sanders’ case these past affiliations are actually more relevant, because Sanders continues to describe himself as a socialist and much of his recent political record reflects his communist tendencies. Dr. Slattery quoted Sander’s own Senate website and a transcript from an interview on the O’Reilly Factor to show that when it comes to relations with Russia and Syria, Sanders is actually pretty close the neocons, who themselves have roots as Trotskyites.

This is an eye-opening show that you will want to share widely.