David Duke Takes On Bill Clinton, The Washington Post And The Zionist Anti-White Racists In The Media

Dr. David Duke Once More in News, Exposes Lies About Himself and The Anti-White Racists Who Rule Media and Politics!

Today Dr. Duke responded to the Washington Post and other news outlets rehashing slanderous statements made by Bill Clinton against him without acknowledging the slander. In 1992 Clinton criticized a black rapper who called on blacks to kill white police by calling her a black version of David Duke, despite the fact that Dr. Duke has never endorsed any kind of violence. In covering Clinton’s confrontation with black hecklers yesterday, the Post gratuitously recycled the slander. 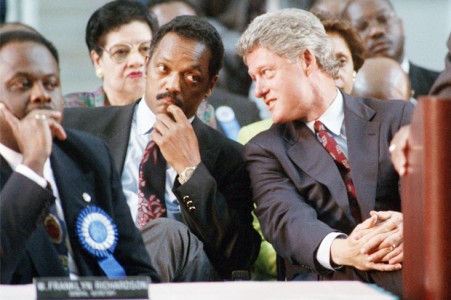 Dr. Slattery joined the show and emphasized Bill and Hillary’s willingness to do and say anything to advance themselves, no matter what kind of death and misery it unleashes on the rest of the world. He detailed the incredible domination of the Clinton administration by Jewish surpremacists that Clinton appointed.

This is another information-packed show that will get you thinking throughout the weekend. Please share it widely.
Click here and look for the show dated 4-8-16.