(Dave Hodges)  In the midst of the looming economic Armageddon, some are reporting that the banks have just begun to horde gold. Run from these authors. For over three years, I have been imploring people to buy gold in order to replace the cash that will soon be gone. Three years ago, Goldman Sachs was ordering its brokers to short gold.

The fact is, the criminal elite have solidified their hedges against currency collapse by focusing on the acquisition of gold by any means possible.

The bankers and government are meeting this week. At issue is the confiscation of your assets to facilitate a bailout of the banks. This time they are playing for keeps.

Here is what we know:

What does this all mean? If we are lucky, there will be a new round of austerity (i.e. bail outs). This is not likely as bail-outs will not have much of an effect on the banks given the gravity of the economic condition of the banks.

On this front, there is bad news and really bad news. The bad news is that your money could be rationed back to you with capital limits (i.e. how much you can withdraw). All deposits will be made electronically. Cash withdrawals will soon be outlawed. All paychecks must be direct deposited into a bank before the bank customer has access to their paycheck. This will give the Federal Reserve complete control over earned income in the United States.

What this adds up to is that all world currencies will soon collapse. Private gold ownership will soon be made illegal. In other words, you will not be able to obtain private gold ownership much longer, so you better get in now. Why? Because the criminal elite want to have a complete monopoly over all mediums of exchange.

The rest of this article deals with the circumstantial and historical proof that the assertions made in the previous paragraph will become reality. I think that there is no question that we will soon be in the early stages of the total elimination of all private property and private income. The world will soon have come full circle back to a feudal society.

The theft of the people’s money has already been rehearsed by the powers that be in the banking industry. Regulators from the United States and the United Kingdom got together in a war room to see how they will cope when the next big bank failures come.

Treasury Secretary Jack Lew and the UK’s Chancellor of the Exchequer, George Osborne, on Monday (11/10/)4), ran a joint exercise simulating how they would prop up a large bank (e.g. Bank of America) with operations in both countries that has landed itself in trouble. Also taking part in the “bank failure drill” was Federal Reserve Chair Janet Yellen and Bank of England Governor Mark Carney, and the heads of a large number of other regulators, in a meeting hosted by the U.S. Federal Deposit Insurance Corporation.  Then they brought in the military into the drill and they practiced how they would protect their assets from the public when the banks fail and retirement accounts are seized as collateral by the government.

The FDIC has only about $25 billion in its deposit insurance fund, which is mandated by law to keep a balance equivalent to only 1.15% of insured deposits.

If a banking collapse were to be on the near horizon, the banksters are not going to notify you because they would not want to incite a bank run. With only 1.15% of all deposits being insured by the FDIC, your money would be left vulnerable and only the elite would be warned as they quietly transfer their money to a safer haven, such as gold. How do I know this? Please read on.

In November 2014, Goldman Sachs Opened the Gates to Hell-Today, the Federal Reserve Is Now Taking Up Residency In Hell

Silver prices have dropped dramatically covering an aggregate period of 36 months. Panic selling dominated the market as investors and financial institutions could not dump their holdings of silver and gold fast enough. The market clearly shows signs of mass manipulation by the Globalists.  The globalists have been moving their fiat currency holdings to gold since the Spring of 2013. The price of gold was artificially manipulated by Goldman Sachs to drive down the price of gold in order to make it cheaper for the powers-that-be to purchase gold cheaply. You see, they know that very soon, there will no money left in the banks. You want proof? The best proof that the globalists are manipulating the price of gold comes from “Goldman Sachs (who), in the Spring of 2013, told their  that they recommend initiating a short COMEX gold position.” This is your last chance to buy gold. Please remember, your cash will still be gone. Gold and silver will be your last chance to preserve what you have.

This has been going on for over 36 months! 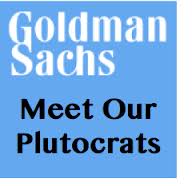 Why Would Goldman Sachs Dramatically Drive the Price of Gold Down?

Beside trading and bartering, if the dollar and the Euro were to collapse tomorrow, what currency of exchange would the left standing? The obvious and simple answer would be primarily, gold, and secondarily, silver. Ask yourself this question, if you knew that paper monies all around the world were to collapse, what action would represent your best option? The obvious answer would be to dramatically drive down the price of gold and silver if one had the ability to do so, and then buy as much as gold as one possibly could. Goldman Sachs has the ability to do so by utilizing their ominous shorting strategy and it is precisely what they have done.

ONE MORE DOT TO CONNECT

Additionally, your bank account has been collateralized against the derivatives debt. Hence, you had, in 2008, former CEO of Goldman Sachs and the Secretary of Treasury, Hank Paulson, telling a closed session of Congress that if they did not authorize the bailouts, there would be tanks in the street an ultimately, REVOLUTION! This was necessitated by the credit swap derivatives Ponzi scheme and the debacle that followed.

Further, the bankruptcy reform laws stemming from the Bankruptcy Reform Act of 2005, the credit swap derivatives counter-parties are given preference over all other creditors and customers of the bankrupt financial institution, including FDIC insured depositors.

In the action taken by the G20 nations in that your bank account is no longer considered to be money.  The bankers holding the bag on the credit swap derivatives will move to the head of the FDIC compensation line.Therefore, the regulations requiring that your money be insured by the FDIC are no longer in effect!  This devaluation of “money to something other than money gives what the experts call “super priority” in terms of the line of succession from which to collect bankruptcy monies.   TAKE YOUR MONEY OUT OF THE BANK!

To make matters worse, Bank of America has conspicuously co-mingled their credit swap derivatives debt with your savings account and as such they have every legal right use your money to cover their debt. The derivatives debt is conservatively estimated to be one quadrillion dollars which is about 16 times the entire GDP of the planet. Even before today, your money is as good as gone. Today’s action by the G20 only further cements this new reality that you, your labor your possessions are all slave capital to the banksters. Your value as a human being has been monitized.

To The Dumbed Down Sheep of America

I have also discovered that JP Morgan is in the same exact boat as Bank of America as is Wells Fargo. Oh, they would never do that and steal your money, you say?  I have bad news for the uninformed sheep of this country, they already have done that very thing.

In the MF Global debacle, the reason that MF Global  customers lost their segregated account funds was because the MF Global debt load was caused primarily because of their credit swap derivatives debt which, under bankruptcy laws, gave derivatives claimants super-priority in the bankruptcy proceedings.  This is why Corzine and his fellow criminals did not go to prison as former Goldman Sachs executive, now the head of the Securities and Exchange CME gave Corzine, a former Goldman Sachs executive, a free pass on the theft of investors money at MF Global. This was a beta test.

Will the bankers, this week, decide to take all of the money, or only part of it at a time. However, all roads lead to ultimate and complete confiscation of all private assets. As I will discuss in a future article, military assets are already being prepositioned to enforce whatever dictates come out of this week’s banker/government meetings.

Regardless if the theft of your money happens quickly or gradually over time, there are some ancillary policies which are going to be put into play which threatens the welfare of every American. In the next article, America will soon discover why I have been so seemingly obsessed with Executive Order 13603.

i was told that Donald Trump’s waking up America has increased the the desperation of the criminal elite.

This is only the beginning. It is going to get far worse.