For at least two days a school bus in northern Virginia has been carrying students with explosive material hidden in its engine compartment. The explosives fell out of a container, which was used by the CIA for training last week.

“During the exercise, explosive training material was inadvertently left by the CIA K-9 unit in one of the buses used in the exercise,” the CIA said in a statement. The agency attested that the explosives were “incredibly stable” and “benign” and didn’t put anyone in danger.

The explosive was discovered on Wednesday during a routine maintenance check. It had been unnoticed for nearly a week since March 24. 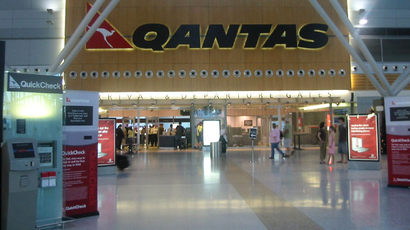 The CIA was called to retrieve the material. Neither the federal agency nor local authorities would go into detail about what kind of explosive was involved.

“The exact nature of the training material used in this exercise is not being released at the request of the CIA so as not to compromise its training techniques,” Loudoun County officials said.

Loudoun schools spokesman Wayde Byard described the explosive as a “putty-type” material designed for use on the battlefield and which requires a special detonator. Putty or plastic explosives, including the well-known C-4, are easily shaped and well-suited for demolition works.

The Briar Woods High School, which provided its premises to the CIA for the spring break training, said the vehicle was used for eight runs on Monday and Tuesday before the explosives were discovered. It carried 26 students attending Rock Ridge High School, Buffalo Trail Elementary School and Pinebrook Elementary School.

The CIA said the training was routine and part of exercises its agents do with local law enforcement. The container with explosive was designed to see how good sniffer dogs would be at finding it.