99.6% of Germans Contaminated with Glyphosate Is It Connected To The Jewish Plan To Kill 6 Million Germans?

The The Ugly Truth Saw a connection

Sabba – Could this explain, at least in partially, the suicidal reproduction rate of the German people?

“Studies of laboratory animals have found that male rats exposed to high levels of glyphosate, either during prenatal or pubertal development, suffer from reproductive problems, including delayed puberty, decreased sperm production, and decreased testosterone production.”

Theodore Kaufman told us in 1941 that Germany must perish thru mass sterilization. Most associate sterilization with surgery or vaccines. But there are many other ways to ensure a man or a woman loose their fertility.

And this could very well be one of the means they have been using to carry out their genocidal dreams against Germany.

They used to poison our wells before and now, they are poisoning the food and drinks. Learn More: http://www.cornucopia.org/2016/03/almost-germans-contaminated-glyphosate/

Germany Must Perish! When a Jew proposes GENOCIDE…..

Israel’s first president Chaim Weizmann supported a Jewish group’s plans to murder Germans immediately after World War II, according to the man who led the avengers.

” Israel’s first president supported a Jewish group’s plans to murder Germans immediately after World War II, according to the man who led the avengers.

Details of the plan, which included poisoning bread at a bakery, were unveiled by Lithuanian-born Joseph Harmatz, 73, in an interview published recently in the British newspaper the Observer.” Read More At Source A Jewish Publication: http://www.jweekly.com/article/full/7899/survivor-reveals-1945-plan-to-kill-6-million-germans/

Whenever the quantity of Jews in any country reaches the saturation point, that country reacts against them. [This] reaction…cannot be looked upon as anti-Semitism in the ordinary or vulgar sense of that word; it is a universal social and economic concomitant of Jewish immigration, and we cannot shake it off. —  Chaim Weizmann, Trial and Error (1949). Quoted in Albert S. Lindemann’s The Jew Accused, 1991 (p. 277).

For some reason, the Jews of the world wanted to destroy Germany.

We can probably never understand their insane drive to do this but the facts cannot be denied. They also wanted to destroy the Russian ruling class and the Russian people, as we saw happen following their takeover of Russia in 1917. And we see that they apparently wanted to destroy the American people from an early time, dating at least since 1913.

The destruction of the Russians, Germans and Europeans in general depended on their takeover of the American banking system in 1913, because it was followed closely by the totalitarian devastation that began in 1914 with the assassination of the Austrian archduke by Gavrilo Princip.

World War I ended in 1918 and this began Germany’s great misery. They were blamed by the victors for starting the war and were forced to pay “reparations” that became so extreme by the early 1920s that their money became worthless. Hundreds of thousands of Germans starved to death because of the money and because of a blockade by England and America to prevent food from getting in. A food convoy was organized by Henry Ford, Herbert Hoover and Norway’s Vidkun Quisling to rescue the starving people of Germany and others in Europe. Quisling’s name has been turned into a dirty word by the Jews and is misused today by people who should know better. He was a great humanitarian and took Germany’s side against the forces of Judaism and Bolshevism for over twenty years.

Adolf Hitler, like Franklin Roosevelt, came to power democratically in January, 1933, in the depths of the world depression. Both Germany and America were starving because of the actions of the Federal Reserve System, now twenty years old. They were starving because the Fed had “deflated” the money supply, withdrew currency from circulation and refused to issue new currency. Credit to farmers and businesses and individuals was denied for no particular reason. Roosevelt outlawed gold and began its confiscation in April, with punishment of ten years in prison and ten thousand dollars in fines. Once he got all of our gold, which was then priced at about twenty dollars an ounce, he raised the price to thirty-two dollars. That made it the biggest, boldest swindle up until that time. Of course, the Federal Reserve System swindlers got the gold – and the massive increase in value.

Hitler came to power over a bankrupt and starving country with unemployment at roughly 50%! The Americans had stolen all Germany’s gold by the early ‘20s, so there was no basis for a monetary system other than to keep borrowing from the Jewish crooks on Wall Street that had given Germany the Young Plan and the Dawes Plan of perpetual indebtedness to private bankers masquerading as the “central bank.” What to do?

Hitler and Hjalmar Schacht issued debt-free currency based on Lincoln’s debt-free currency. What they did led to the swift regeneration of the German economy and the world’s greatest prosperity of the working class, while the rest of the world stayed mired in the Great Depression being run by the sadistic central bankers. This was the worst possible crime and had to be punished by the most terrible war in human history, including fire-bombings of entire cities and deliberate mass starvations of millions following the war. Our nuclear bombs would have dropped on Germans but they weren’t ready in time, so they were dropped on Germany’s allies who were trying to surrender.

Please refer to Theodore Kaufman’s charming little book, Germany Must Perish, which was the basis of the Morgenthau Plan for Germany, executed mercilessly by Dwight David Eisenhower, which resulted in the starvation deaths of millions of Germans.

Ellen Brown and Bill Still have provided us with debt-free currency plans that will deliver us from the Federal Reserve racketeers and eliminate our indebtedness to the pinstriped scum-rats in less than one year, based on the Hitler model, which they don’t want to say. John F. Kennedy declared war on the Fed racketeers by issuing four billion dollars in debt-free US Notes in April of his last year on earth. Abraham Lincoln first issued debt-free currency when the bankers whom he’d approached for war loans wanted 34% in interest. He only survived a few days longer than his war for crimes against the bankers.

So let’s understand what’s behind the Holocaust. Why don’t Brown and Still, both monetary geniuses, want to credit Hitler and Schacht with the secret to economic prosperity in the face of total meltdown? Why, because of the Holocaust! The greatest economic miracle in history occurred in Germany under Adolf Hitler, who ignored the central bankers intent on raping the world, seizing real property, through high interest and deflation. The Russians have recently confirmed suspicions that the American legend of the Depression (“As bad as it was – nobody starved.”) is a lie. Russian investigators have revealed that millions of Americans actually died of starvation and exposure during the years 1929 to 1941 but their deaths were written off to natural causes.

As Hitler remarked in his declaration of war following Pearl Harbor, he had delivered Germany from the doubly devastating conditions of the Versailles Treaty and the general world Depression by 1935 while Roosevelt kept mighty America in abject misery with his Federal Reserve starvation policies right to the present time (December, 1941). He stole all the people’s gold and then increased its value by 60%. And he refused to do what Lincoln had done before him and what Kennedy would do after him: he refused to issue debt-free currency and rescue the American people from aggravated poverty, degradation and death by starvation.

How could that be? How could Hitler state such a thing? Because it was true. It was simple and it was true. The secret to general and permanent prosperity is for the government of any country to issue debt-free currency in amounts necessary for commerce and growth. That is what the founders had in mind with Article 1 Section 8 of the Constitution. We should read that over from time to time. Clause 5 says that the “Congress shall have power To coin Money, regulate the Value thereof, and of foreign Coin, and fix the Standard of Weights and Measures.” Clause 6 is even better: “Congress shall have the power To provide for the Punishment of counterfeiting the Securities and current Coin of the United States.”

You can see where this puts the owners of the counterfeiting company called the Federal Reserve System.

The proposed punishment for counterfeiting was execution by hanging.

Anyway, let us recognize the Holocaust for what it is, a device to make the idea of debt-free currency repellent to our minds, because anyone who would do it really just wants to gas the Jews. Read More

99.6% of the German population found contaminated with glyphosate

Shocking new science reveals that 99.6% of the German population is contaminated with glyphosate, the cancer-causing weedkiller used on GMO crops.

Not only does this prove that glyphosate is contaminating our world (and our bodies), it also proves that glyphosate does not break down in the soil as we’ve been told… it PERSISTS through food processing and cooking, retaining its molecular shape and function, continuing to poison our bodies and cause cancer.

The Munich Environmental Institute (Umweltinstitut München) has released shocking results Thursday of laboratory testing it has completed on 14 of the most sold beers in Germany. The probable carcinogen and World’s most used herbicide – glyphosate – was found in all of the 14 beers tested. 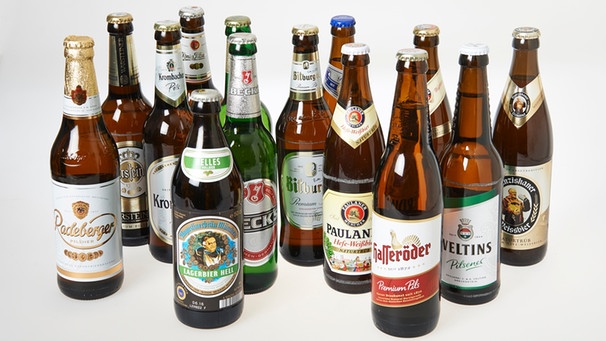 In 2015 the World Health Organization’s cancer agency IARC declared that glyphosate is a probable human carcinogen.

The German Brewers’ Association, reacted by calling the study by the Munich Environmental Institute “not credible”, but admitted that low residues of the probable human carcinogen glyphosate could not be prevented, because “the herbicide is now found virtually everywhere after decades of use in agriculture”.

Sustainable Pulse Director Henry Rowlands stated Thursday; “Stone-Age industry funded science suggested that the higher the dose of a chemical the more dangerous it was, however modern independent science has discovered that many toxic chemicals have as much or more of an influence on our health at low doses– these chemicals are known as hormone hackers (endocrine disruptors).

“A study from March 2015 stated that the health costs to the European Union of hormone hacking chemicals is over $ 150 Billion per year! The study stated that lower IQ, adult obesity and 5% or more of autism cases are all linked to exposure to endocrine disruptors.

“Glyphosate is likely to be one of these hormone hacking chemicals according to independent science. Find more information on this here.”

1o Things You Need to Know about Glyphosate

5 Things You Need to Know about Glyphosate Testing