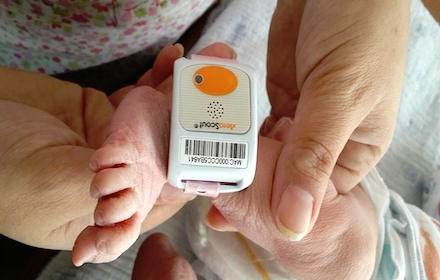 A newborn baby has been removed from his mother by the Israeli police and social workers almost immediately after birth and declared state “property”.

A video of the event was shared at least 37,000 times on Facebook before being removed. All the people who were tagged in the original posting have been blocked by Facebook, some for a week, others for a month.

Last year, an Israeli court granted a super injunction to prevent the reporting of Fanny Vadkin, who was on hunger strike outside the home of the Israel welfare and social services minister to protest against her son being taken away from her. But after the story was reported worldwide and aired on Israeli Channel 10 TV, her son was eventually returned to her.

This time round, it appears that the newborn baby had been seized from its mother merely on the basis of unsubstantiated rumours that the mother was either mentally ill, a drug addict or dangerous, and despite the fact that the baby’s grandparents were more than willing to help. According to a lawyer and a journalist familiar with the case, the baby’s parents were suffering from some financial hardship. 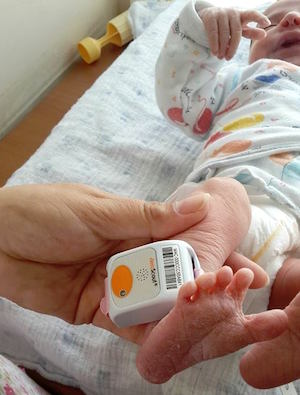 Although the urban legend of 10,000 children seized by the Israeli social services from parents every year has never been denied, what is known for certain is that each child taken from its parents and placed into a private institution generates USD 5,000 in profit for the institution.

As of today, a mother of the newborn baby has been camped in Jerusalem for over 170 days campaigning for the return of her son. She and her husband are braving the freezing temperatures, and yet no mainstream media in Israel is willing to report their case.

It may or may not be appropriate to place a child under state protection, but to tag him with an electronic device bigger than his foot is beyond the imagination even of Israelis who are fully aware of the behaviour of their welfare authorities.

It appears social workers took the child without a court order. The United Nations Convention on the Rights of the Child states that a child cannot be taken from a parent at birth. But in Israel social workers have gone as far as to complain to the parliament that they could not work effectively because of the campaigning on social media against child snatching!

Although it may be illegal to tag a newborn baby and place it under arrest in the hospital, judging by the flood of comments posted on social media by parents whose babies had been seized from them and by others who knew people who had similar experiences, it would seem that the phenomena is widespread.

Sadly, it appears that lawyers are fighting a losing battle trying to help parents defend themselves against a system set up to break families.

The following video is the first from a collection of over 100 testimonies, including from members of parliament, judges and lawyers.

The cry for public support may have been quashed yet again and the activists silenced. But they will not be silent for long.